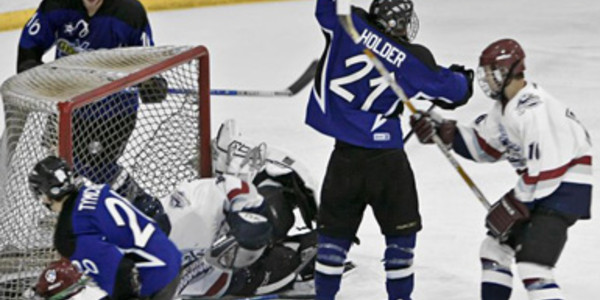 The Eugene Generals (15-6) will travel to Bremerton, WA this weekend to face the Puget Sound Tomahawks (7-12). The Generals last loss of the season came at the hands of the Tomahawks in Bremerton, and the Generals will be seeking revenge for that loss. The loss was the Generals only defeat this season by a team with a losing record. The Generals are currently in second place in the NORPAC Pacific Division, and will be looking to increase their slim two point lead as the third place Tri-City Titans (14-7) host the fourth place River City Jaguars (13-7) this weekend.

“We have a chance this weekend to make up for our last performance against the Tomahawks,” Generals Head Coach Chris Hartly stated. “The Tomahawks always play us tough, and we can’t get caught looking past them. We have a tough schedule in December, but all we’re focusing on right now is what we have to do on Friday. After Friday we’ll focus on what we have to do on Saturday. We have a young team, and must take one game at a time.”

The Generals are 3-1 against the Tomahawks this season, but they did not have a good outing the last time they visited Puget Sound. The Generals were barely able to walk away with one win on the weekend after the Tomahawks tied the game on Friday with a little over three minutes to play in the game. The Generals did manage to squeak out a 5-3 victory thanks to the heroics of Tyler Tymchuk (GWG, 2A) and Dylan Woodring (43 saves), but their luck would run out the following evening. The Generals would out-shoot the Tomahawks 59-31 and tie the game at five after being down 5-2, but couldn’t pull out the win.

The Generals have won their last four games after the loss in Bremerton, and much of the credit has to go to Generals Captain Justin Adams and Michael Frei. Adams has put up fifteen points in the four game winning streak, including one game winning goal, and Frei hasn’t been far behind tallying fourteen. Frei has only been with the team for ten games this season (previously played for Alaska Avalanche NAHL), but has averaged 2.6 PPG since his return. It is a given that the Generals will need big games from Frei and Adams, but they will also need to get some production from further down the lineup. The Generals must also have a big game from their goaltender if they want to walk away from the weekend with four points.

The games this Friday at 12:00 PM and Saturday at 7:35 PM in Bremerton, WA against the Puget Sound Tomahawks will be broadcast on GiTV in audio only. For more information on upcoming games or GiTV please visit eugenegenerals.com.