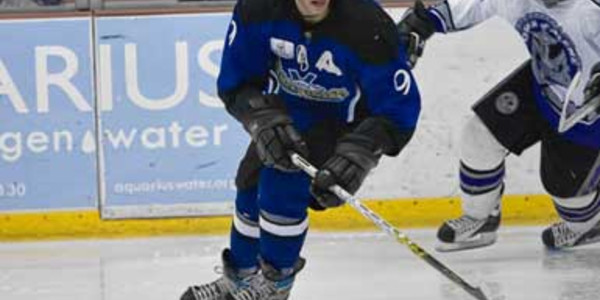 The Eugene Generals (20-8) will look to keep their 12-0 home record perfect against the River City Jaguars (18-10) this weekend at Lane Events Center-Ice. The Generals have much more riding on the series than a perfect record, however. The Generals are currently tied with the Tri-City Titans (Titans own season-series tie-breaker 3-2) for second place in the NORPAC Pacific Division, but two losses would put the Generals in a tie for third (River City would own a 4-0 season-series tie-breaker). The Generals had two huge wins against the first place Seattle Totems last weekend, but they can’t get overconfident or lackadaisical in their final two games of 2007.

“We have to treat every weekend like we’re playing the top team in the league,” Generals Head Coach Chris Hartly stated. “We were only down a man five times in the series versus Seattle, and we have to play with the same discipline against River City. We have the utmost respect for their prowess on the powerplay, and we don’t want to put ourselves in man-down situations.”

This weekend will also mark the last two games Generals goaltender Dylan Woodring will be with the team. Woodring has been called up to the Tier-II Junior A Alexandria Blizzard of the North American Hockey League (NAHL). Woodring has a 14-4 record on the season with one shutout. Woodring ranks seventh in NORPAC with a 2.99 Goals Against Average (GAA), and ranks third in NORPAC with a .926 Save Percentage (SV%).

The games this Friday and Saturday against the River City Jaguars at 7:35PM at Lane Events Center-Ice will be broadcast on GiTV. For more information on upcoming games, Generals players or GiTV please visit eugenegenerals.com.