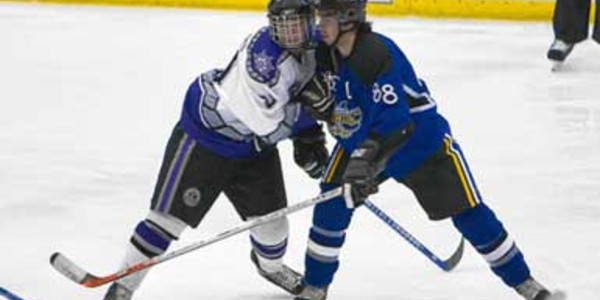 The Eugene Generals (23-9) can sweep the Coeur d’Alene Lakers (5-29) in their eight game season series with two victories at Lane Events Center-Ice this weekend. If the Generals are able to defeat the Lakers this weekend it will be the first season series sweep since their inaugural season (Generals swept the Kent Crusaders 6-0). The Generals are currently 6-0 against Coeur d’Alene this season, and have outscored the Lakers 16-6 in Eugene. The Generals will also be attempting to extend their league leading 13-1 home record.

“The last time the Lakers came into our barn they gave us a run for our money,” Generals Head Coach Chris Hartly stated. “I was happy we were able to walk away with the two points, but we didn’t play Generals hockey. I am very confident with my team when we play our best hockey, but we need to start playing our best hockey every night from here on out.”

The Generals have had numerous players score against Coeur d’Alene, but Tyler Tymchuk, Michael Frei and Justin Adams have put in more than 50% of the Generals goals against the Lakers. Tymchuk is leading the way with eight goals, and Michael Frei and Justin Adams each have six goals. Adams, who is tied for first in NORPAC with 60 assists on the season, also has thirteen assists against the Lakers this season, which gives him a hand in 19 of the 37 goals against the team from Coeur d’Alene. The Generals must get solid performances out of Tymchuk, Frei and Adams if they hope to win.

Both games should be very intense this weekend, but if the Generals can pull out a win tomorrow night look for the Lakers to put everything they have into the Saturday game to keep from being swept in the eight game season series. The games this Friday and Saturday at 7:35 PM at Lane Events Center-Ice will be broadcast on GiTV. For more information on upcoming games or GiTV please visit eugenegenerals.com.