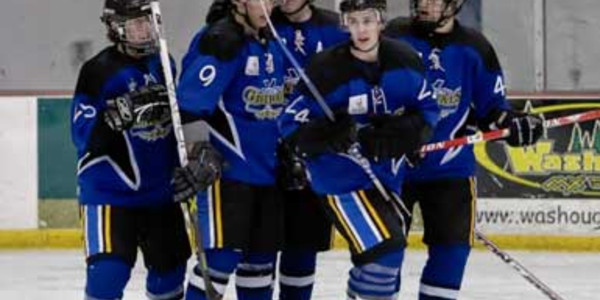 Four teams in each the Pacific Division and Rocky Mountain Division will be eligible for the NORPAC Playoffs. The first seed will play the fourth seed in each division, and the second seed will play the third seed in each division for the Divisional Semi-Finals. The Divisional Semi-Finals will take place between February 28, 2008 and March 8, 2008 and will be a best-of-five series. The winners of the Divisional Semi-Finals will meet in their respective Division Championship Series for a best-of-five series between March 10, 2008 and March 16, 2008 to determine which teams earn the bid to Nationals. Both teams will be seeded at the National Tournament (either 1 or 2) by their NORPAC 2007-08 Regular Season record. The team with the best record will be given the 1 seed at the National Tournament.

The addition of a second berth at the Tier-III Junior A National Tournament by the USA Hockey Jr. Council will showcase a more accurate depiction of NORPAC, as well as give added exposure to the 25 players in front of numerous scouts at the National Tournament.

“The addition of another NORPAC team at Nationals was an unexpected change, but one we welcome with open arms,” Generals GM Flint Doungchak stated. “It effects the meaning of each game from here on out, as well as effects the scheduling for the Cascade Cup Championship series. It is unfortunate that this change has been handed down so late in the season, but it is a sacrifice we are happy to make if it allows more NORPAC players to get the exposure at a National level. It has been our goal, as well as NORPAC’s goal, to develop players, and what better way to show that development than at the National Tournament against the best teams from each Tier-III Junior A league around the country. The extra berth also proves that NORPAC has been improving and developing as a league. NORPAC is now tied for the second largest Tier-III Junior A league in the United States, and the extra berth will give us a chance to prove that we belong at the Tier-III level. ”

NORPAC Commissioner, Mike Butters, could not be reached for comment.

The Pacific Division third place Eugene Generals will face the Rogue Valley Wranglers on Thursday, January 17 in Medford, OR, and will host the Puget Sound Tomahawks Friday, January 18 and Saturday, January 19 at 7:35 PM at Lane Events Center-Ice. The Generals have clinched a playoff spot, and are currently battling with the Tri-City Titans for second place in the division. The Generals trail the Titans by four points, but have two games in hand.