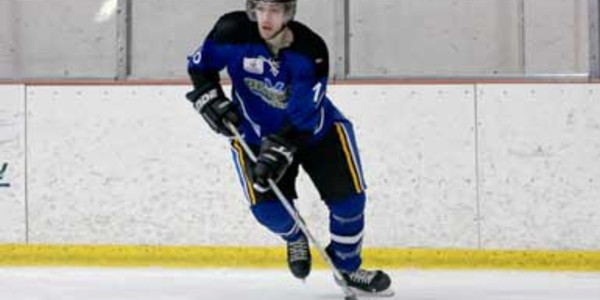 The Eugene Generals (27-9) scored four special teams goals tonight in a 6-3 victory over the Puget Sound Tomahawks (11-25). The victory kept the Generals within two points of a tie for second place in the NORPAC Pacific Division, and pushed the Tomahawks one game closer to elimination from the playoffs. This was only the second time in seven games this season that a contest between the Generals and Tomahawks has been decided by more than two goals.

“I’m really happy with our effort tonight,” Generals Head Coach Chris Hartly stated. “We got caught staring at the puck a few times, and that hurt us. The difference tonight was our play on special teams. We’ve really been clicking on the powerplay and penalty kill lately. We did have a few mental breakdowns, and I’d like to see that fixed tomorrow.”

Besides Frei, Nate Schursky was the only other Generals player to have a multiple point night. Schursky had the game-winner as well as an assist on Henley’s powerplay goal. Justin Adams scored a goal on the night, and Jon Strahle, Joe Myers and Steven Slattery added assists.

The Generals will host the Tomahawks tomorrow night at Lane Events Center-Ice at 7:35 PM for the eighth, and final, game of their season series. The game will be broadcast on GiTV. For more information on upcoming game or GiTV please visit eugenegenerals.com.