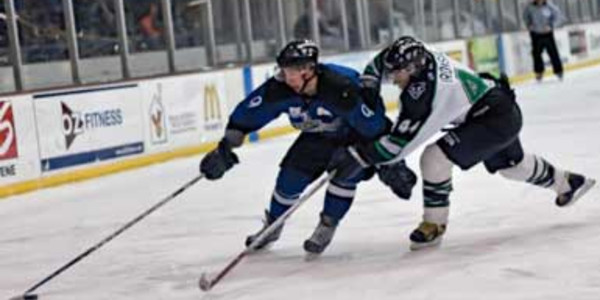 The Generals have won eight games since their home loss against River City in December, which ties the franchise’s second longest winning streak. The Generals are also two points behind the Pacific Division second place Tri-City Titans, with a game in hand, and will be looking to take over the position if the Titans falter this weekend.

“The games this weekend are big for us,” Generals Head Coach Chris Hartly stated. “The month ahead is really going to test the team, but it should get us ready for the playoffs. I’m excited to see how our guys react to the schedule, and I’m excited to see the team healthy. River City has gotten the best of us a few times this season, and we want to change that starting tomorrow night.”

The Generals also added a new player early this morning. JJ Waldrop, a 5-10 180 lb eighteen year old forward from Anchorage, AK, came to the Generals from the Fairbanks Ice Dogs of the North American Hockey League (NAHL). Waldrop played two games with the Ice Dogs, and played thirteen games with the Alaska Avalanche of the NAHL.

“JJ is a very skilled young player,” Hartly said. “He is a great addition to this team, and should contribute greatly as we make the push toward playoffs. He also brings more experience from a higher level of hockey, which can play a big role in the playoffs.”

Waldrop and the rest of the Generals will try to keep their eight game winning streak alive tomorrow and Saturday in Eugene at Lane Events Center-Ice at 7:35 PM against the River City Jaguars. The games will be broadcast on GiTV. For more information on Generals players, upcoming games or GiTV please visit eugenegenerals.com.