Leaping into the Playoffs 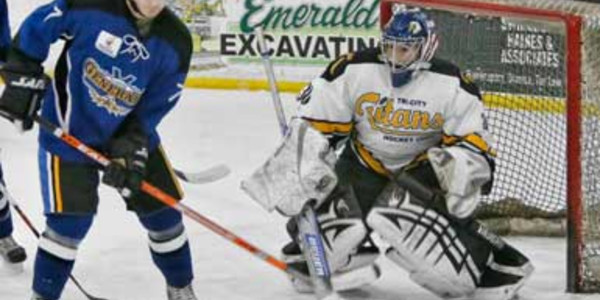 “This is what we’ve worked for all season,” Generals Head Coach Chris Hartly stated. “We have a chance to show that we are better than our third seed shows, and it all starts tomorrow. Tri-City is a great team, that’s why they earned the second seed. We split with the Titans during the regular season, but I don’t think our best hockey is yet to come. We just have to play with a lot of heart, and a lot of discipline. If we can do that, I really like our chances.”

The Generals must get big games from their key performers, but the number one concern for the Generals must be the rocket fueled Titans line of Jared Darby, Damon Hollandsworth and Brandon Turley. The three players combined for twenty of the Titans thirty-eight goals against the Generals this season, and accumulated 149 goals this season. If the Generals can stop that line they should have a great chance at making their third consecutive appearance in the Pacific Division Finals.

The games this Friday and Saturday at 7:35 PM will be broadcast on GiTV. For more information on upcoming games or GiTV please visit eugenegenerals.com.