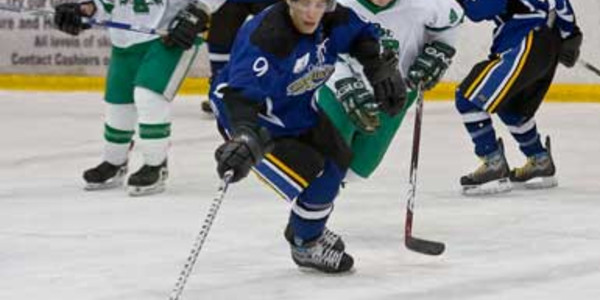 NORPAC Commissioner Mike Butters was quoted on the NORPAC web site as saying, “As a result of USA Hockey deciding not the hold a Junior Jamboree this year which features our league’s top players, I feel it was important to recognize the players who have had outstanding seasons.” Butters added, “Having the coaches select these players was the most accurate way to do this as they are the ones who see these players on a game by game basis.”

The Helena Bighorns highlighted the list with five players selected. The Seattle Totems had four players selected, which led the Pacific Division. The Generals and the Tri-City Titans each had three players listed.

Michael Frei, who was third on the Generals in scoring and twelfth in the league, earned his spot on the list with 37 goals and 34 assists, despite only playing in 34 games. Trent McKee was the second leading defensive scorer in the league with 49 points, and set a Generals franchise record for points by a defenseman in a season.

Dylan Woodring was called up by the Alexandria Blizzard of the NAHL in December, but earned an All-Star spot for his time with the Generals. Despite missing the last two months of the season, Woodring had the third most wins in the Pacific Division with 14, had the third best goals against average (GAA) with .320, and the best save percentage (SV%) with .917. Woodring has played in six games with the Blizzard and has a 4-1 record, with a 3.18 GAA and a .915 SV%.

“Its great for our guys to be recognized on this list,” Generals Head Coach Chris Hartly stated. “We have great talent on this team, and it’s nice to see the other coaches in the division give our players credit. These players have worked really hard to get where they’re at now, and I don’t see them slowing down a bit.”