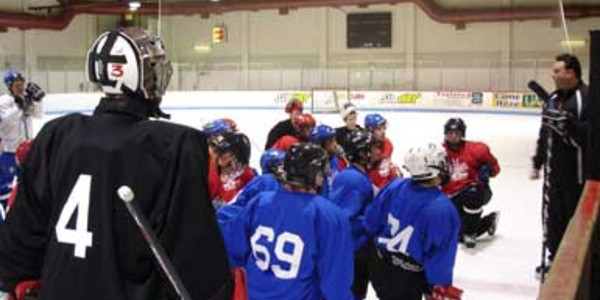 The Eugene Generals released their summer schedule for tryout camps and scouting locations early Wednesday morning. The Generals will, once again, be holding two tryout camps this summer, and will be scouting at six different locations.

The Generals will be holding their third Alaska Open Camp with the Langley Chiefs of the BCHL June 9-11, which is one day longer than in years past. Chiefs Associate Coach Barry Wolff will be representing the Chiefs at the camp. The Generals and Chiefs have also added 6 hours of dryland testing to the 13 hours of ice at the Subway Ice Arena in Anchorage. The camp is open to anyone between the ages of 14-20, and will cost $150.

“We’re looking for a minimum of twelve players for the upcoming season,” Generals Assistant Coach Jay Miller stated. “While a strong skill set is always nice, we’re looking for hard workers and character players. Anybody can find skilled players, but finding all the pieces that fit into the puzzle is what we’re trying to accomplish this off-season.”

Any player who can’t attend the Open Camp in Anchorage can be seen by the Generals coaching staff at six more locations throughout the summer. The Generals already traveled to Phoenix, AZ for the Arizona High School State Hockey Association’s Junior/Senior Showcase, and will be heading to the Pacific District ’91-’92 Selects in Kent, WA May 1-4. The Generals will then head to Burnaby, BC May 8-11 for Global BC; Arvada, CO May 16-18 for JPS Colorado; Riverside, CA June 16-20 for Wolfster’s Riverside; Las Vegas, NV June 30-July 2 for Global Las Vegas; and Langley, BC August 13-17 for the Langley Chiefs Main Camp.

The Generals will be looking to improve on an already strong season, and return to Pacific Division Championship form. For more information on Eugene Generals tryout camps or scouting locations please visit eugenegenerals.com.