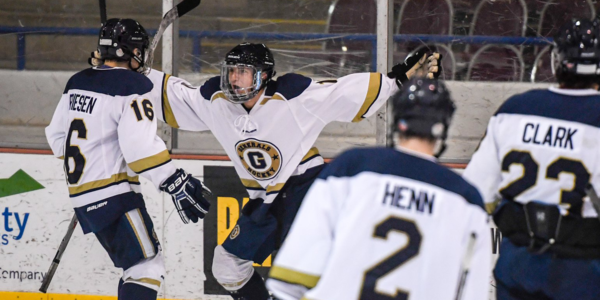 The Eugene Generals announced today that the team will not field a team for the 2019-2020 season because of a previously planned move to play at a higher junior level in 2020. For the past 14 seasons, the Generals have played as a USA Hockey sanctioned Tier III Junior Team.

“We’ve had our eye to make the jump up to next level for quite some time, and the timing is very good for us, so we’re going to take the year off so we can focus on assembling the staff and players we need to enjoy, at the next level, similar success that our fans have come to expect,” said Flint Doungchak, General Manager of the team. Doungchak likens the change as similar to moving from A to AA baseball. The Generals have played at the lowest tier of under USA Hockey’s junior hockey model since its inception back in 2005. This move will take them up a level under the model.

The team has posted a respectable 344-243 record over the past 14 seasons making the playoffs in all but one year. Head Coach Justin Kern, who joined the staff as an Assistant Coach in 2014, sees this as the next challenge for both the team and him personally. “I’m excited to work with the next level player both for myself and the fans. It will be faster, better hockey and the next challenge for me to work with players who will become the NCAA college players of the future.”

The Pacific Northwest will see significant expansion for hockey of the next  years. The NHL will begin playing in Seattle in 2020 and that expansion will see large growth in both Junior hockey and youth hockey across the region much like Las Vegas saw during the NHL’s last expansion. The Generals are just a part of the changing landscape of hockey in the region.

“When I started this back in 2005, I always wanted the Generals to be the leader in providing quality hockey at the Junior level. This next step will continue that tradition,” remarked owner and President Kenneth Evans. He one day hope to see NCAA College Hockey at Oregon. “Wouldn’t it be neat to see Generals players don a Ducks Hockey jersey.”

More details of the expansion will be released in the coming months including the division the Generals will play when they enter the league in 2020. Season ticket info will be available in the first quarter of 2020 ahead of their first games in September of 2020.