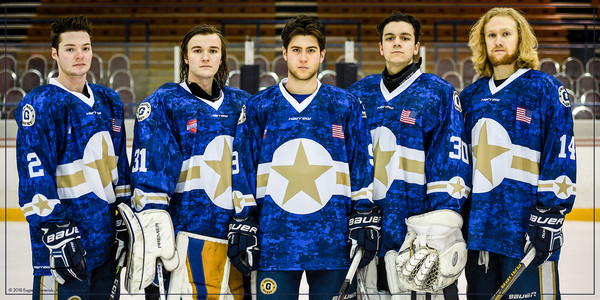 The Eugene Generals are proud to reveal the uniform design for this year’s Military Appreciation Night which will be held during Saturday’s game against Western Washington University at The Rink Exchange in Eugene, Oregon.

This year’s design includes a primary logo that draws inspiration from a prominent aviation insignia that has been used by the United States Military in a number of variations and capacities since 1943. The Generals logo is placed on both shoulders while the chest includes the USPHL logo and an American flag. 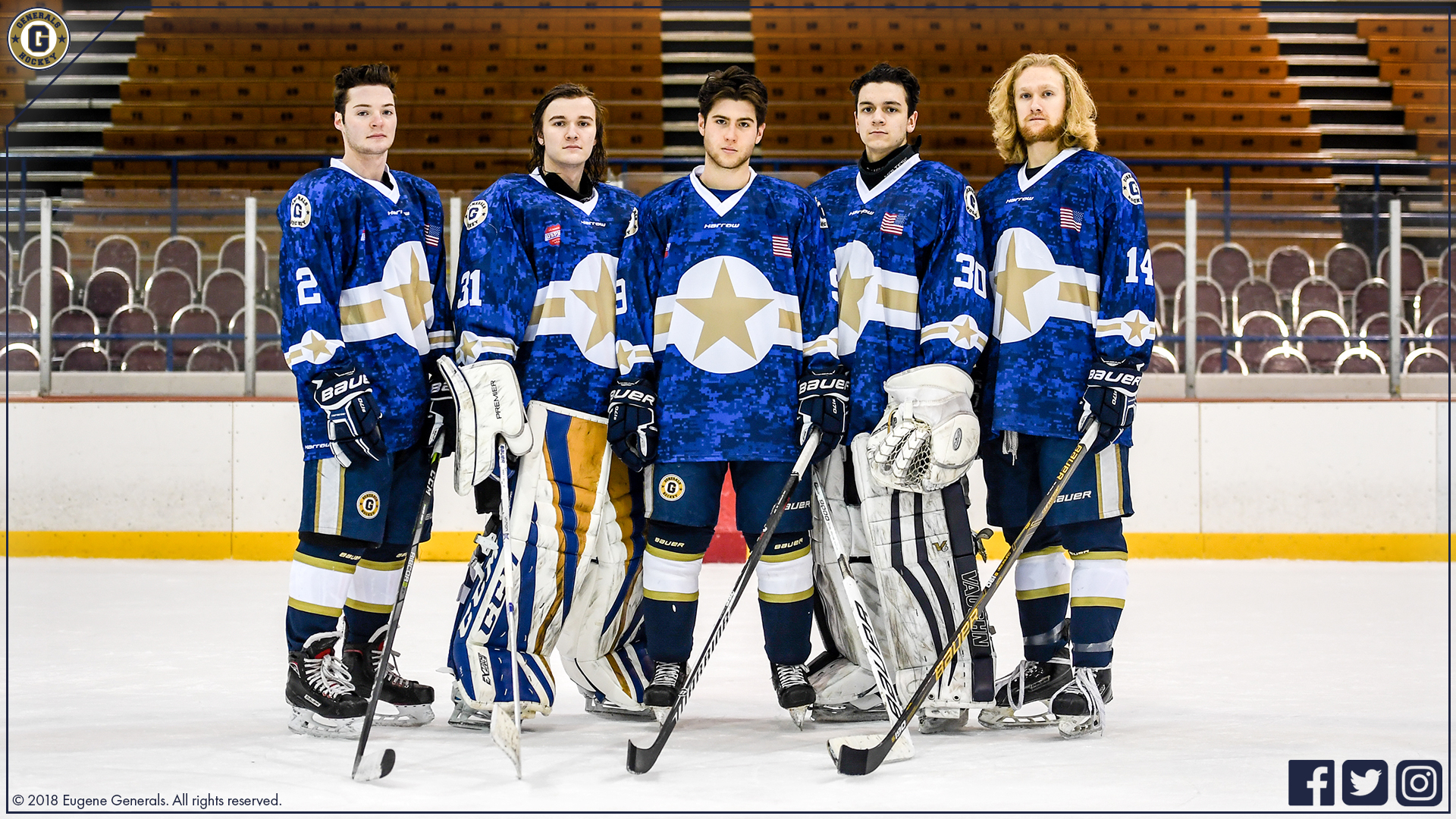 “We are very proud to bring back this special event and honor the brave men and women that have sacrificed and continue to sacrifice so much for our country,” said Generals Associate GM Alex Stimson. “It’s a small token of appreciation of behalf of our organization towards our nation’s heroic servicemen and women, and it’s also a small gesture towards our assistant coach who is currently enlisted in the Marine Reserves.” 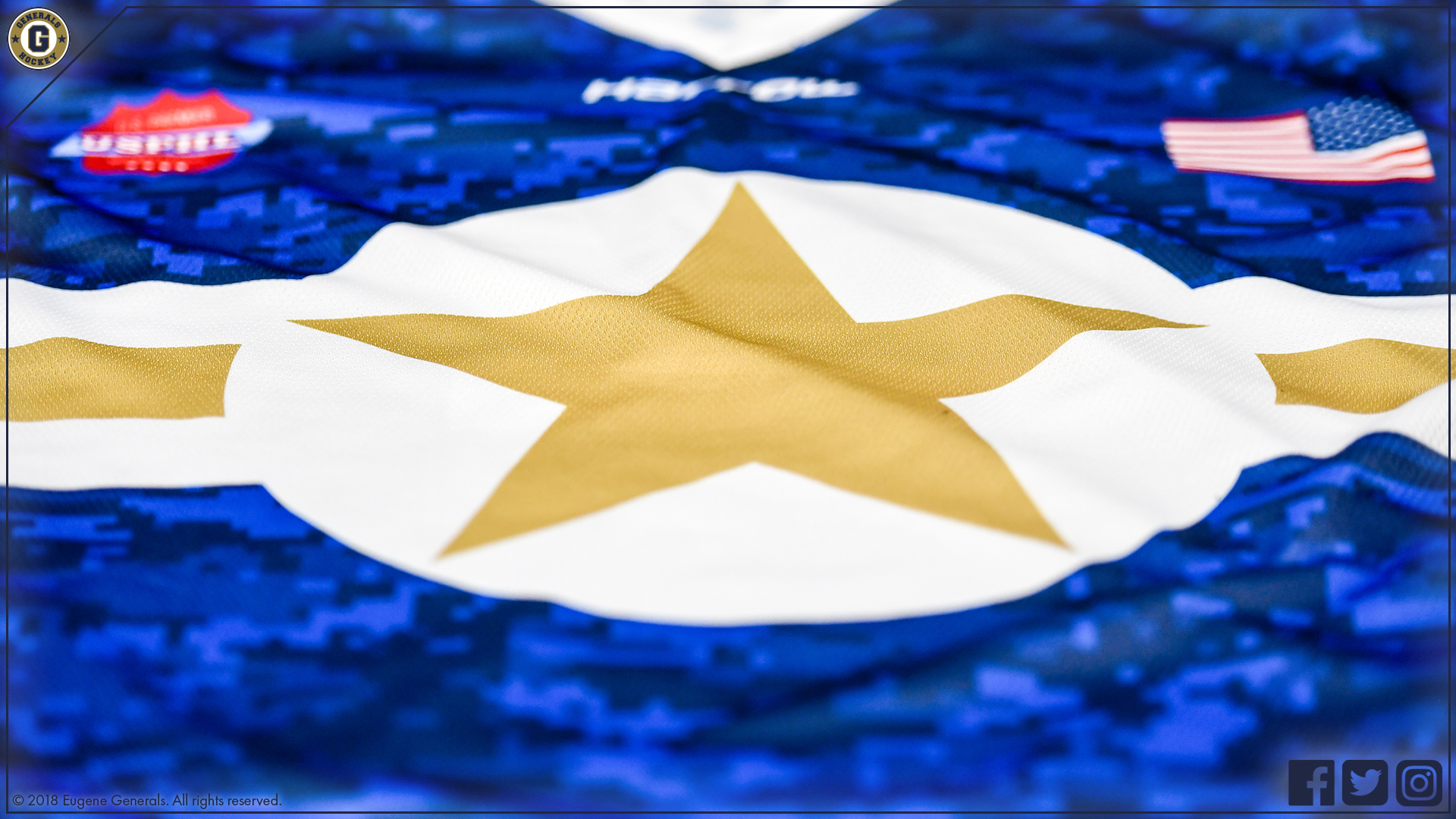 The military-inspired jerseys worn by the players during Saturday’s game against Western Washington will be available for purchase via online auction at EugeneGenerals.com/auction. The auction is scheduled to begin on Saturday, January 27th at 7:30pm PST and it will conclude on Saturday, February 3rd at 7:30pm PST.

The Generals host Western Washington University this weekend in Eugene for the first time ever as the two teams will play a Friday-Saturday series at The Rink Exchange in Eugene, Oregon. Both games are scheduled for 7:30pm PST. Tickets are $10 for regular admission, $6 for students/seniors (must present valid I.D.) and children under the age of five are free of charge.

All active duty, reserve forces, and veterans will receive free admission to Saturday's game against WWU upon presenting a valid military identification card.