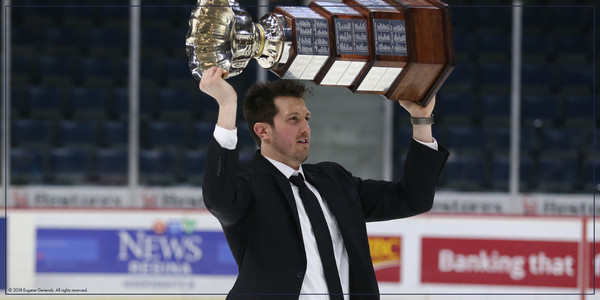 Former Generals goaltender (2005-06) and assistant coach (2010-12) Brent Seidel recently accepted a position with USA Hockey as a manager within its Coaching Education Program. Upon making the big announcement, Seidel took some time to share his feelings on the new opportunity while also looking back at his time in Eugene.

Q: How did this opportunity with USA Hockey come to pass? Who reached out to who first, and what was the process like from then until the moment you got the good news?

Seidel: We (the Seattle Thunderbirds) were heading into playoffs and I knew once everything ended I was going to be moving back to Colorado to be with my wife and daughter. I had been looking for a couple months and nothing was really moving forward. I happen to see the job posting on the USA Hockey website and I was a day past the deadline but ended up applying anyway. Weeks had gone by. We (Thunderbirds) had lost in 5 games to Everett and I was back in Colorado living with my wife's family trying to figure out what my next step was. I was applying everywhere, some jobs in hockey and others not in hockey. I was starting to think I should focus on jobs in the area whether they were hockey or not. Then out of the blue on a Saturday I got an email that USA Hockey wanted to do an interview for the position. It caught me by total surprise. I was excited because this was the first time I have ever had the opportunity to even interview for USA Hockey. The interview process was a few weeks long and I went through three, the third one being a presentation at the main office in the Springs. Each week after every interview I ran paths in my in-laws house because I was pacing so much. When I got the call after the third interview I had been out with my wife and we had taken our daughter to the city pool. We were driving down the road when Mark Tabrum called. I went into complete auto-pilot while driving missing two exits and my wife was yelling at me to pull over...it was hectic. Hearing that I had got the job was by far one of the top two moments in my career.

Q: Before accepting the position with USA Hockey, what were the specific duties/roles you fulfilled during your time with the WHL's Seattle Thunderbirds?

Q: What are the duties you’ll be fulfilling in this new role for USA Hockey? Essentially, what does your job entail from a broad perspective?

Seidel: From a broad perspective I will be a resource for CICs (Coaches-in-Chief) and for youth hockey coaches in regards to the coaching education material that is out there for everyone.

Q: Is there anything that you learned/experienced during your time in Eugene, whether that be as a player or coach (or both), that you feel helped lead to this moment? In other words, did the Generals or your time as a General provide you any tools, resources or experience that proved beneficial in getting this position with USA Hockey?

Seidel: I thank the Generals organization for giving me my start. Not only did I get the privilege to play for an organization that cared about its players but the organization gave me a start in coaching. If I hadn’t of received that opportunity I know that I would not be here in this role with USA Hockey.