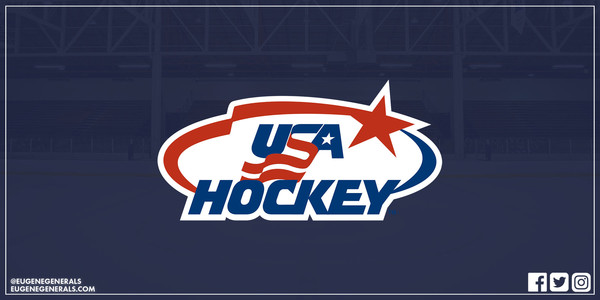 The summer slate of USA Hockey camps started in May as the trio of Generals GM Flint Doungchak, Head Coach Justin Kern and Associate GM Alex Stimson once again volunteered their time at the Pacific District Player Development Camp at Sharks Ice in San Jose, California.

Doungchak, who also serves year-round as the Pacific District's Coach-In-Chief, worked alongside Generals Head Coach Justin Kern as evaluators where the two worked with other high-level coaches to help determine which Pacific District players would be selected to advance to USA Hockey's National Player Development Camps. Meanwhile, Stimson served at the Pacific District PDC as a team leader and media correspondent for the third consecutive year.

"It's such great experience to see the very best kids in our district go head-to-head and then help in that process of selecting the players that advance to the national camp," said Coach Kern, who has volunteered his time at the Pacific District PDC for the past three years, first as a coach before then transitioning to the role of evaluator last year.

The following month, a robust staff with Generals ties travelled to Colorado College in Colorado Springs, Colorado to once again serve at the Western Regional High Performance Camp.

The quintet of Doungchak, Kern, Stimson, Generals Assistant Coach Daniel Gomez and former goaltender Daniel Spencer (2013-15) each volunteered their time in the Rocky Mountains at what is described by many as one of the country's most unique and development-focused camps. 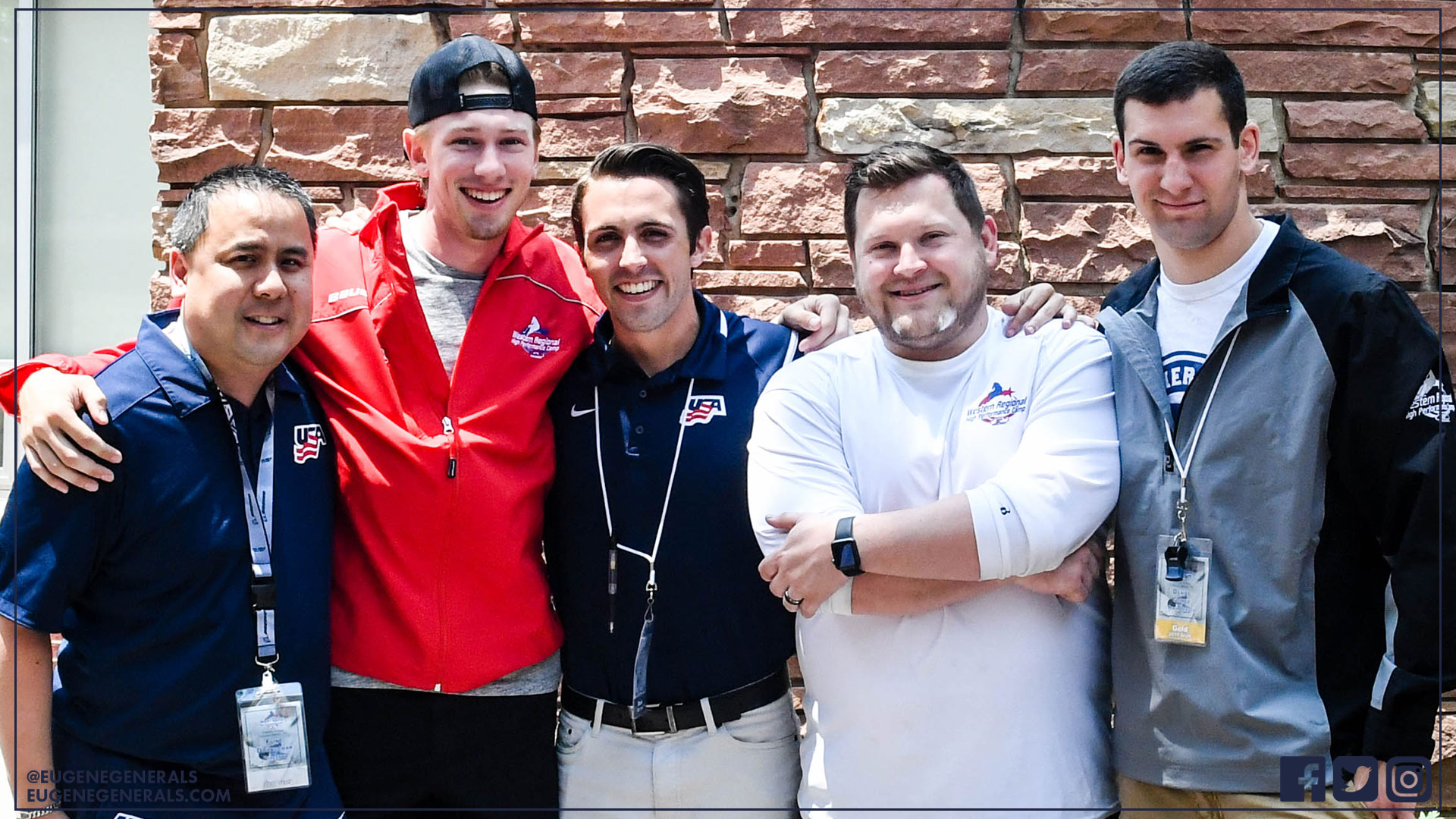 (Left to right) Doungchak, Spencer, Stimson, Kern and Gomez together filled a number of roles at this year's Western Regional High Performance Camp.

Doungchak operated as the WRHP Camp's co-director, a position that he has held for the past three years. Meanwhile, Kern served as a coach at the annual camp while Gomez, Spencer and Stimson each worked as individual team leaders. In addition to his duties as a team leader, Stimson also served as the WRHP Camp's media correspondent, serving in a similar capacity as he did at the Pacific District PDC.

"I would describe the Western Regional High Performance Camp as the perfect incubator for the development of young hockey players, and I do not say that lightly," said Doungchak. "I think that because we don't select anyone out of that camp for a team and because we are so concentrated on the development of players and bringing in the best hockey people available, it has become the perfect incubator for not only the players themselves that week but also for the development of ideas, procedures and policies that eventually get spread throughout the country."

"It's a great camp that combines the best fourteen-year-olds from three districts - the Pacific, Rocky Mountain and Northern Plains Districts," added Kern. "It's a fulfilling experience to go there and help mentor these kids while providing a learning experience that is new and unique to them as it's often the first real USA Hockey experience for them."

The busy summer schedule concluded in July as both Doungchak and Stimson worked at the national level for USA Hockey's National Player Development Camps in Amherst, New York.

"Personally, working at the national camps is a such fun experience," said Doungchak. "You get to work with the very best, most passionate and most skilled people around, and that part of it is so fun. We tend to work in the same groups so the friendships are deep, and it's just one of those things that you really look forward to like a family reunion."

"Professionally, there is no doubt that it is the most in-depth, hands-on hockey educational experience that anyone can get anywhere, period. It is such a wide breadth of methods, skills, experience, and levels of play that you just can't capture that in a bottle. Your brain just can't help but grow being able to experience that every year."

"It's a tremendous honor and incredibly humbling to be selected to work amongst the best hockey minds in the country," added Stimson. "You're surrounded by coaches and staff that work at the highest levels - the NHL, NTDP, USHL, NAHL, Division I and Division III colleges - and every single one of them are there for all of the right reasons, each pulling in the same direction. It's a collaborative effort on all parts and so much knowledge is shared amongst one another. The trust that USA Hockey staff members and particularly Flint have placed in me to work at this high level is a privilege that I will always cherish." 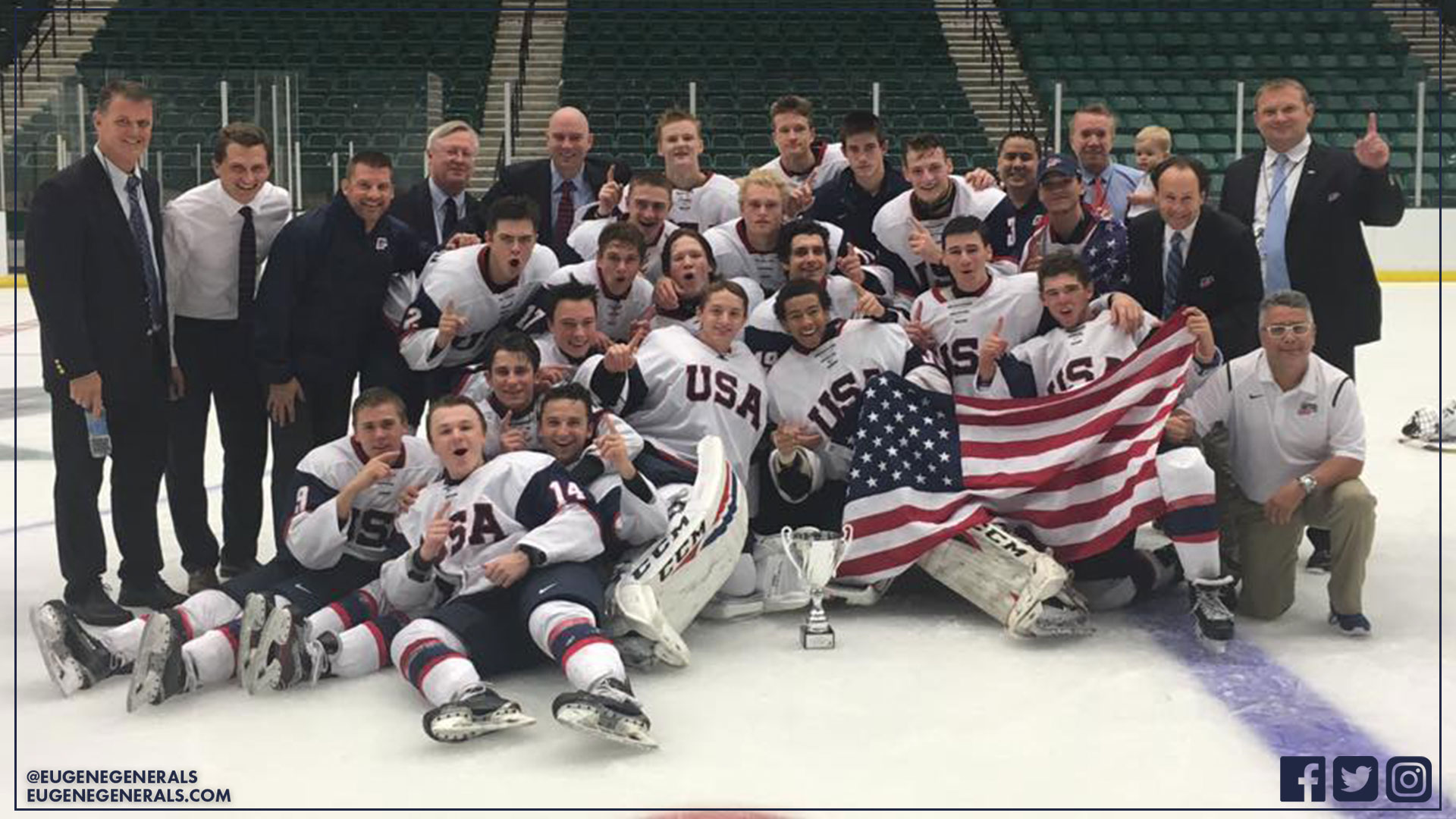 According to USAHockey.com, USA Hockey's National Player Development Camps provide the United States' top young hockey players with concentrated on-ice and off-ice training and coaching, as well as the opportunity to compete against their peers.

Since their launch in 1977, the best and brightest aspiring American hockey stars have shared time together at USA Hockey's summer player development camps.

Players are selected from a national pool of camps in USA Hockey districts and rosters are formed by camp staff prior to the teams assembling at their respective locations.