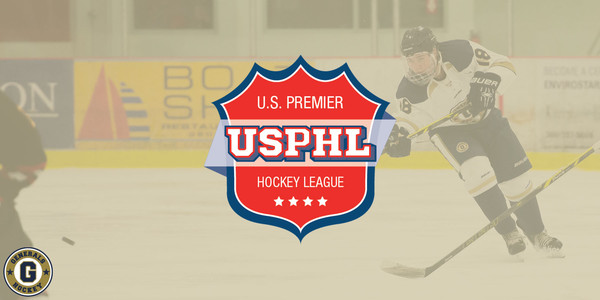 As the Eugene Generals prepare to enter their twelfth season of play, it will be the team's first season participating in the USPHL, the United States Premier Hockey League. Get to know more about the Generals' new league, future opponents, and what to expect as the franchise prepares to compete in the nation's preeminent Tier III Junior Hockey league.

What is the USPHL?

The United States Premier Hockey League (USPHL), founded in 2012, currently contains a total of sixty nine (69) Tier III Junior Hockey teams that are located in the Northwest, Midwest, and along the Eastern Seaboard. The USPHL's sixty nine Tier III teams are organized into three individiaul "tiers" of their own - Premier, Elite, and USP3HL - which each "tier" operate independently of one another. The Premier Division is the top tier of the USPHL League structure, followed by the Elite and USP3HL Divisions respectively. Teams have been selected to participate in specific USPHL divisions based opon geography, strong player pools, rink ownership, financial strength and history of sucess and integrity at the highest level.

The USPHL aims to prepare and develop players for college hockey and beyond with a tiered development structure in accordance with USA Hockey's American Development Model, the result of which has led to an impressive list of alumni that includes Jack Eichel, Jimmy Vesey, and Charlie Coyle. Over the past two seasons alone, the USPHL has seen over 500 alumni advance on to the college ranks and numerous others advance to the professional levels.

Since it's inception, the USPHL's primary focus has been developing players and ultimately advancing them on to the college ranks. With the large majority of schools that support hockey programs based in the Midwest and East Coast, the Generals' move in to the USPHL greatly increases the amount of exposure our players will receive from Tier I, Tier II, DI, DIII, and ACHA scouts.

How do the Generals fit in to the USPHL?

The Generals will be playing in the newly created Pacific Division of the USP3HL. The Pacific will also include three other teams, all of which are former NPHL franchises - the Seattle Ravens, Tri-City Outlaws, and West Sound Warriors.

In the upcoming 2016-17 season, the Generals will play each Pacific Division opponent twelve (12) times for a total of thirty six (36) games. In addition to those 36 games against division opponents, the Generals will also travel to play in two separate USPHL Showcases - the Winter Showcase (Boston, MA) and Midwest Showcase (Chicago, IL) - to compete against fellow USP3HL teams from the Midwest, North, and South Divisions. At each showcase, the Generals will play a total of four (4) games against USP3HL opponents outside of the Pacific Division while Tier I, Tier II, DI, DIII, ACHA, and NHL team scouts will look on. The goal of every USPHL showcase is to bring players together from all across the country and put them under one roof in order maximize their potential exposure while also offering a high-intensity atmosphere of competition and development. 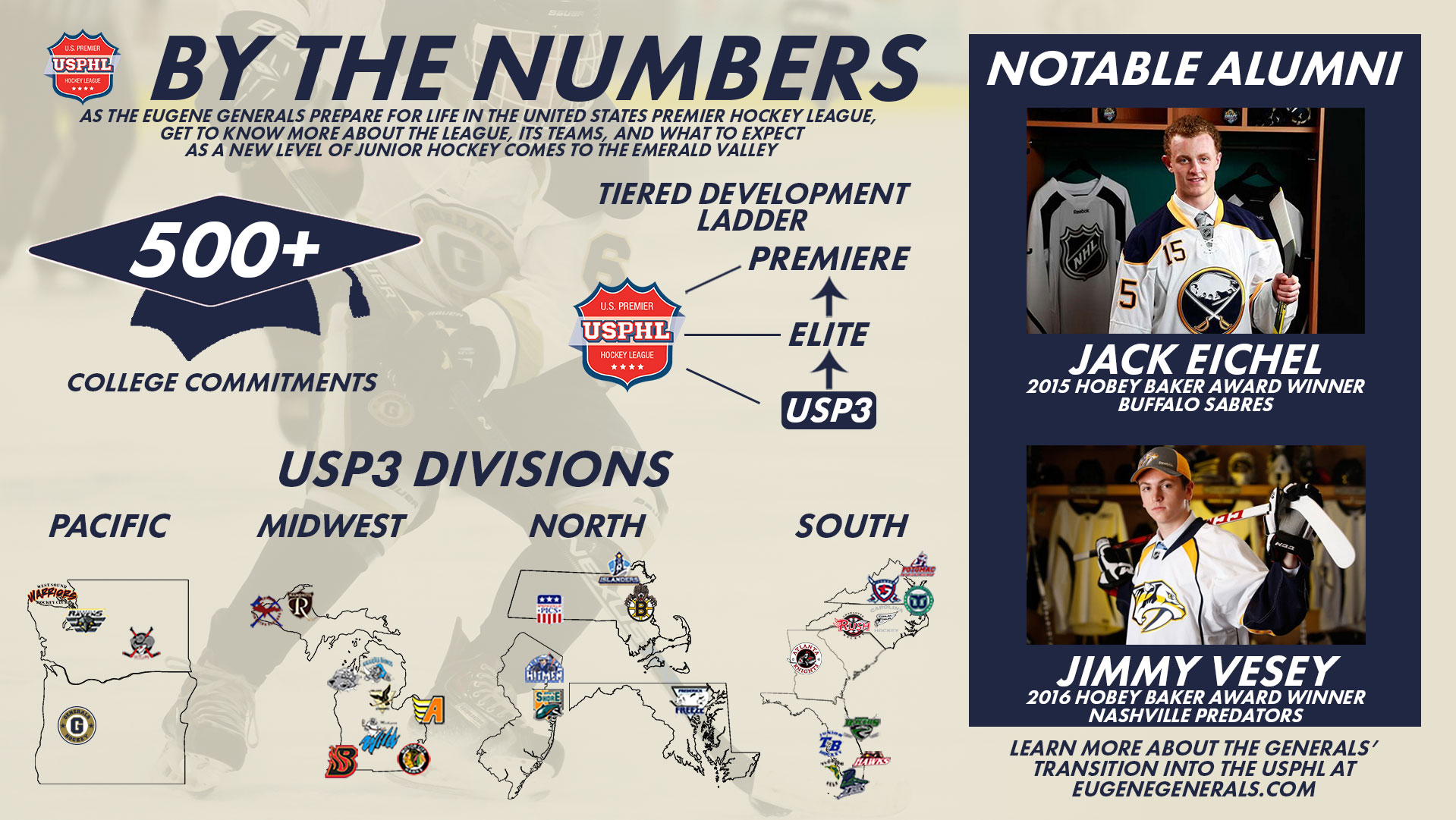 Quite simply, when it comes to the United States Premier Hockey League, the numbers speak for themselves

How Will the Playoffs Work?

Following the conclusion of the Generals' 44-game regular season, the top two teams in the West Division will play a best-of-seven playoff series, with the winner earning the right to represent the West Division at the USP3HL Championship in Marlborough, Massachusetts. There, the winner of the West Division will face off against the best of the USP3HL's Midwest, North, and South Divisions, with the winner of the tournament being crowned as the season's USP3HL champion. Details still have yet to be finalized regarding postseason format, so be sure to stay tuned at www.USPHL.com and www.EugeneGenerals.com.